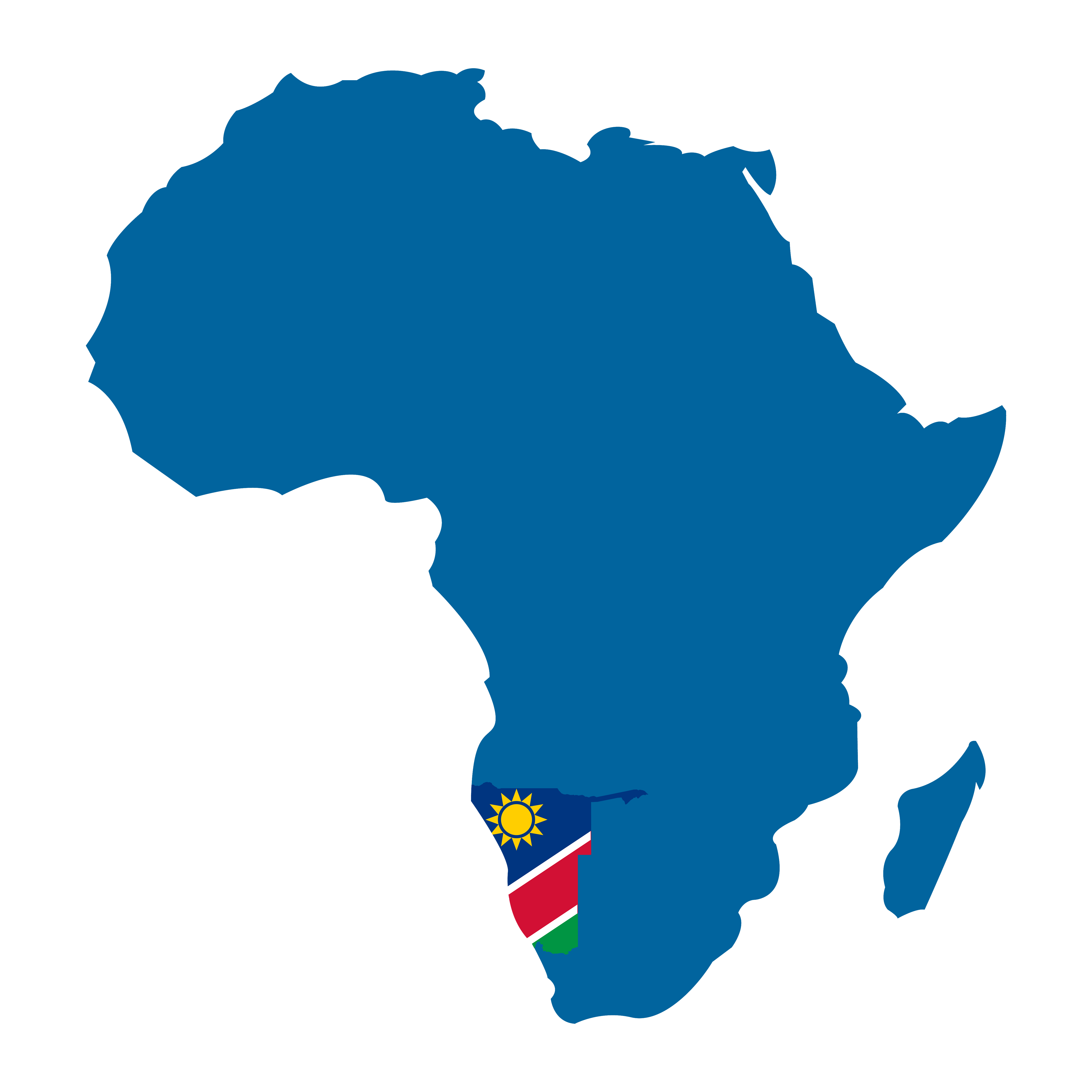 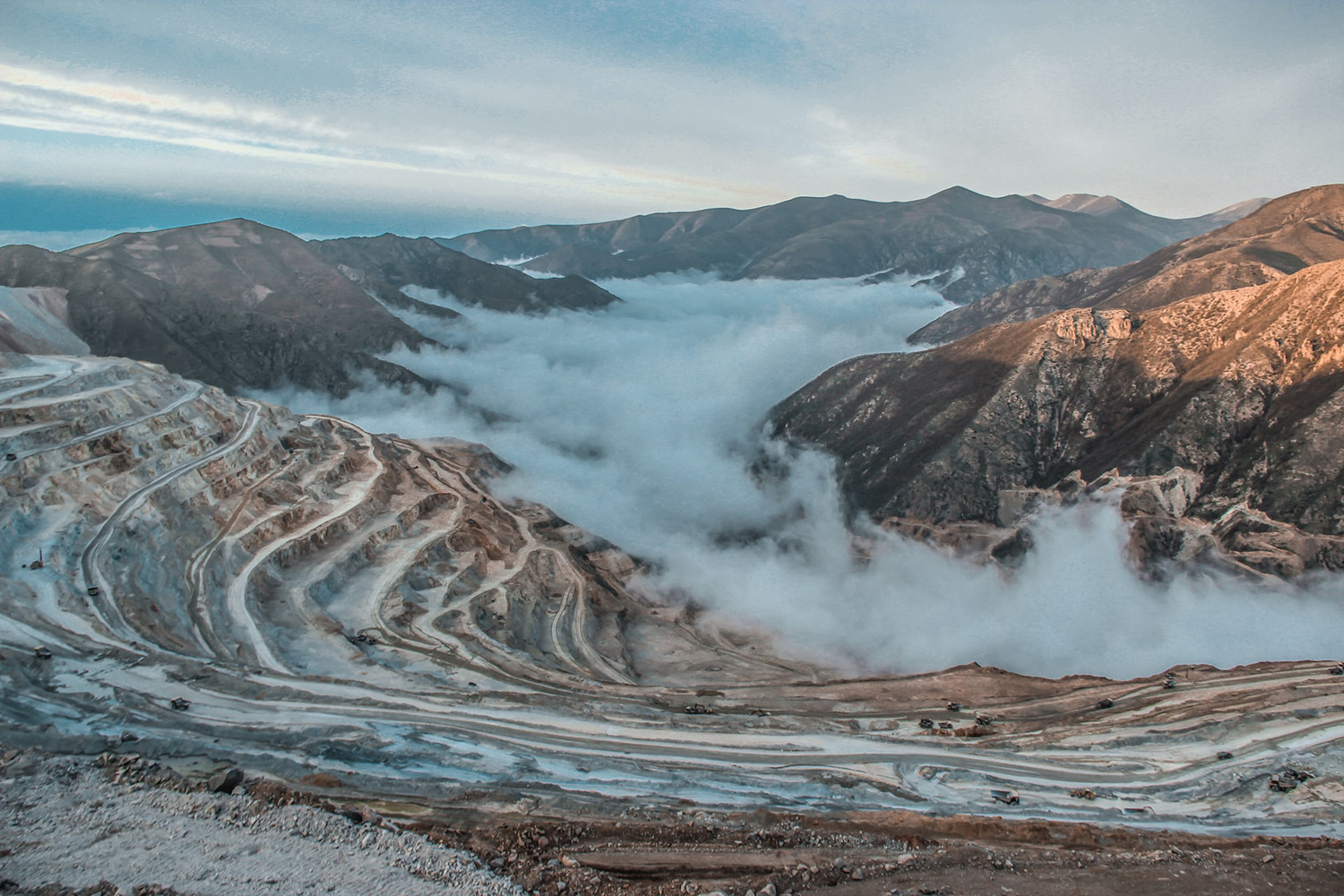 The Company’s flagship project is Norasa which includes the wholly owned Valencia project (ML 149) which has a 25 year mining licence and a 100% interest in the Namibplaas project (EPL 3638), which is located 7.5 km north east of Valencia. Both projects have NI 43-101 compliant uranium resources and reserves. The properties are located in the Republic of Namibia, located approximately 75 km south-west of the town of Usakos in central-west Namibia and together are known as the Norasa Uranium Project.

Valencia is situated on the farm “Valencia 122”, which is located approximately 75km north-east of the town of Swakopmund in central-west Namibia, covering an area of 735.6 ha and is registered in the name of Valencia Uranium (Pty) Ltd (“Valencia Uranium”). ML 149 was converted from EPL 1496 on June 23, 2008 and is valid for 25 years from date of issue by the Namibian Ministry of Mines and Energy (“MME”) and is renewable.

The entire Valencia mineral licence area is located on privately held farmland. As required by law, an agreement must be entered into between a mineral licence holder and the landowner to allow exploration activities. In order to progress a project to mine development, a compensation agreement is required to offset the effects of the operation. In April 2009, Valencia Uranium entered into a compensation agreement with the owner of the farm Valencia 122, in relation to Section 52 of the Minerals Act of 1992, granting Valencia Uranium unrestricted use of the land on and around ML 149 covering an area of 3,327 hectares. A similar agreement was reached with the owners of the neighboring 594 hectare farm “Bloemhof 109”, located to the south, for the construction of additional infrastructure and for primary access to the Valencia site.

These agreements facilitated planning for the necessary infrastructure required to support mining operations. This infrastructure has been approved by the MME as the operation’s accessory works and includes inter alia the main pit, waste dumps, tailings dump, pipeline, power lines, roads, process plant, explosive magazines, etc. The construction camp / operations village have also been approved. Environmental clearance was obtained for all operations relating to Valencia, although some amendments to the Valencia plan will be required to include the Valencia satellite pit and relocation of some of the mining infrastructure. All amendment issues will be covered in the updated EIA / EMP. 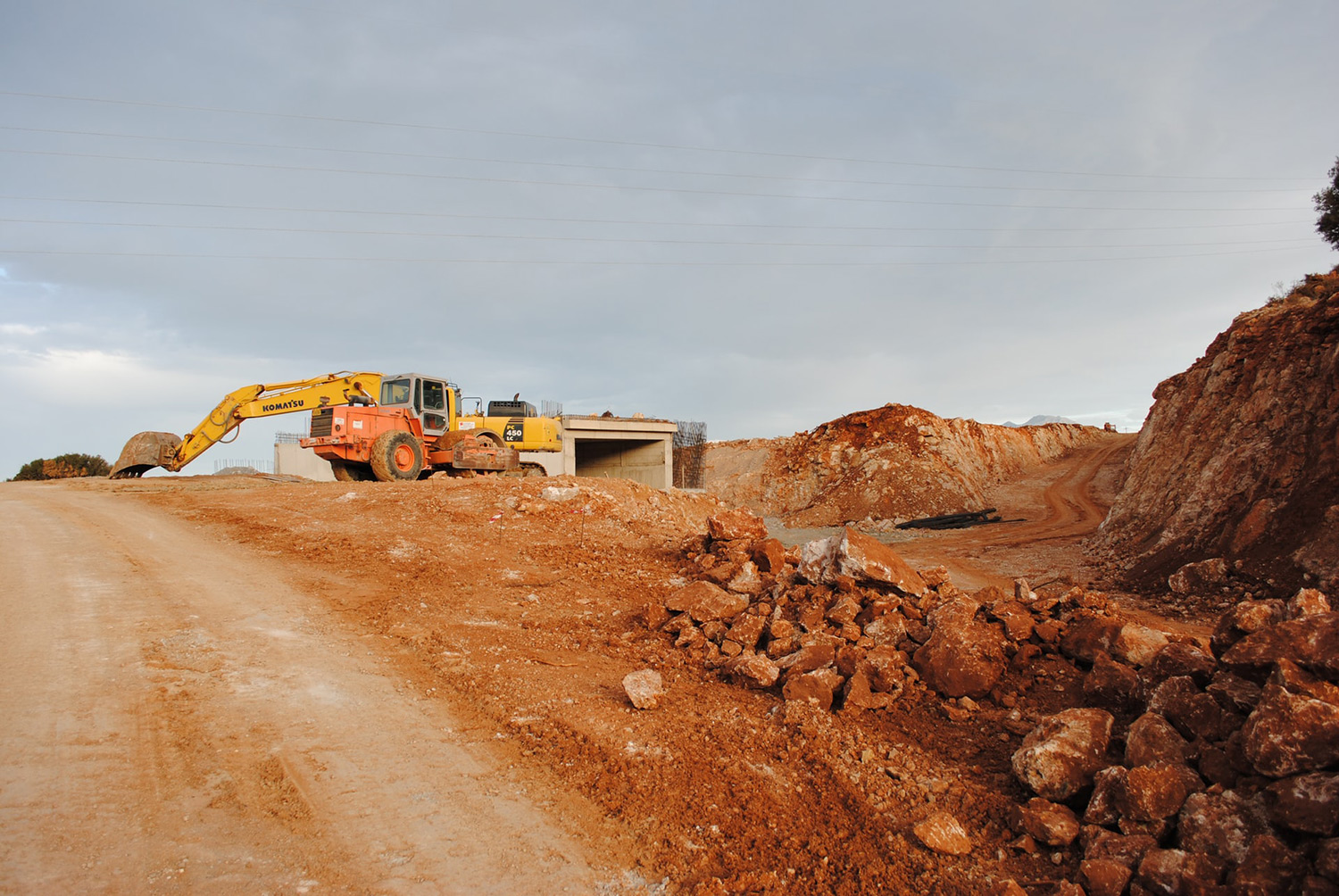 Namibplaas is located 7.5km northeast of the Valencia deposit on the farm “Namibplaas 93” with a total surface area of 1,269 ha. The Namibplaas exploration licence (“EPL 3638”) has a term of two years until September 20, 2022.

To commence development of the Namibplaas project will require obtaining government approvals including an approved Environmental Impact Assessment (“EIA”), Environmental Management Plan (“EMP”), approval from the MME for accessory works.

The environmental studies for Namibplaas are underway, with baseline monitoring of groundwater, air quality, noise studies, archeology, flora & fauna and soils already completed. This work is being done as part of Norasa and is taking the form of an amendment to the original Valencia EIA/EMP, a process that has been approved by the Ministry of Environment and Tourism.

There are no historical environmental liabilities for either the Valencia or Namibplaas properties.

The Company released a Definitive Feasibility Study in March 2015 (“DFS”). A summary of the outcomes of the study are as follows:

Cut-off grades of 100ppm for Valencia and 140ppm Namibplaas

The individual Reserve Statements for Valencia and Namibplaas in Tables 3 and 4 as follows:

The estimates of mineral Resources and reserves were prepared with the standards set out in accordance with NI43-101 of the Canadian Securities Administrators. 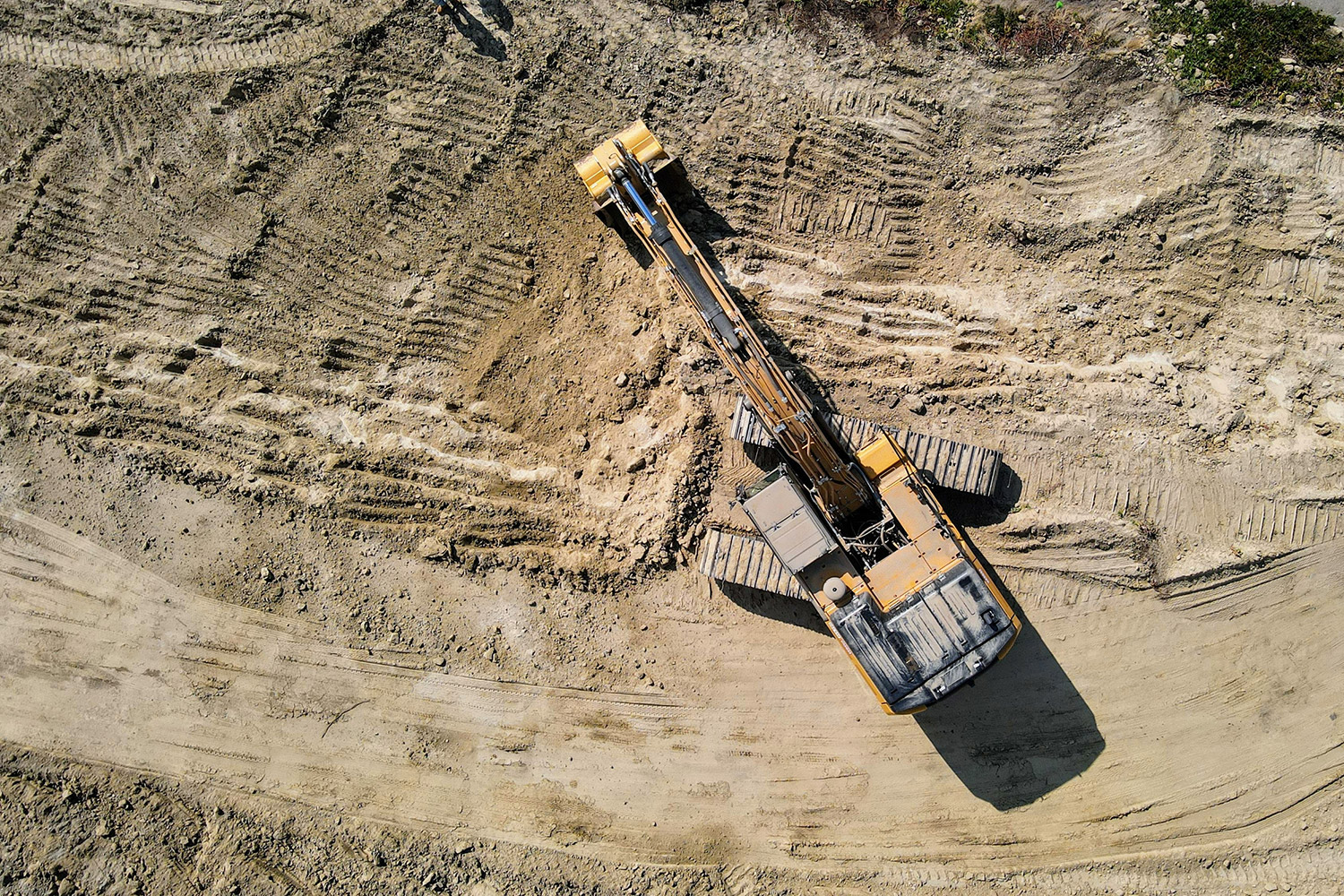 Most of the water supply infrastructure will require an upgrade to cater for Norasa and the expansion plans of other operations. Norasa has requested a water allocation of 3 Mm³ annually for its operating requirements.

The nearest power off-take point that can supply Norasa is the Khan substation, located at Ebony, 26km north of the project site. However, the direct route is very rugged through the Khan Valley and tributaries and an alternate indirect transmission route of nearly 30km has been laid out by NamPower. The Khan substation has recently been upgraded and expanded. NamPower met the cost of the new substation although a new bay for Norasa will be at the mine’s expense, as will be the cost of the transmission line to the mine. Power distribution to the mine is planned to be a 220kV transmission line as part of a regional expansion and strengthening of the coastal power supply using the Norasa line as stage one of a ring feed. At an installed capacity of approximately 35MW and a mine draw of about 31MW, two 40 MVA transformers would be installed, one of which would be maintained as a backup unit. It is assumed that the Company would have to carry the cost of establishing the substation.

The preferred route to access the mine was determined to be across the Khan River, using tributary valleys. This route links the mine to the B2 highway, 12km northeast of Rössing. The total length of this new road is approximately 26km. Construction of the industrial grade gravel road was completed in mid-2010. Some of the internal service roads were also constructed.

The open pit optimisation process to determine a generalised open pit shape (shell) that provides the highest value for a deposit. The process takes into account all revenues and costs and includes mining and processing parameters. It is from this analysis that a shell will be selected as the guide for a practical ultimate pit design

The input parameters for the process included but are not limited to:

The practical pit and pushback designs were based on the optimisation results. The objective of pit design process was to transform the optimal pit shell obtained from the open pit optimisation study into a practical pit with ramps, bench and berm configurations, taking into account design criteria and geotechnical constraints. The practical ultimate pit design was then used to generate a reserve statement in accordance with the National 43-101 reporting criteria.

The table below shows the pit dimensions of the Valencia, Satellite and Namibplaas. The depth was calculated based on an estimated collar 768m,745m and 720m for each pit respectively.

The images below show parts of the orebodies that is above the cut-off grade and occurring within each of the ultimate pit designs: 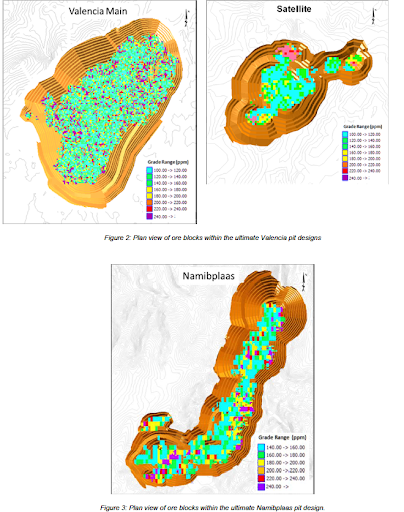 Norasa is one of the very few uranium projects in the world that is construction ready with a Mining Licence, The completion of the DFS confirmed the robustness of Norasa’s economics. The DFS delivered a number of outstanding results including increases in tonnage, annual and life of mine production whilst lowering operating costs. The Company believes the outlook is enhanced by the achievement of this milestone and that the study results will attract strategic partners and investors and provide Forsys with alternatives for the next phase of Norasa’s development.